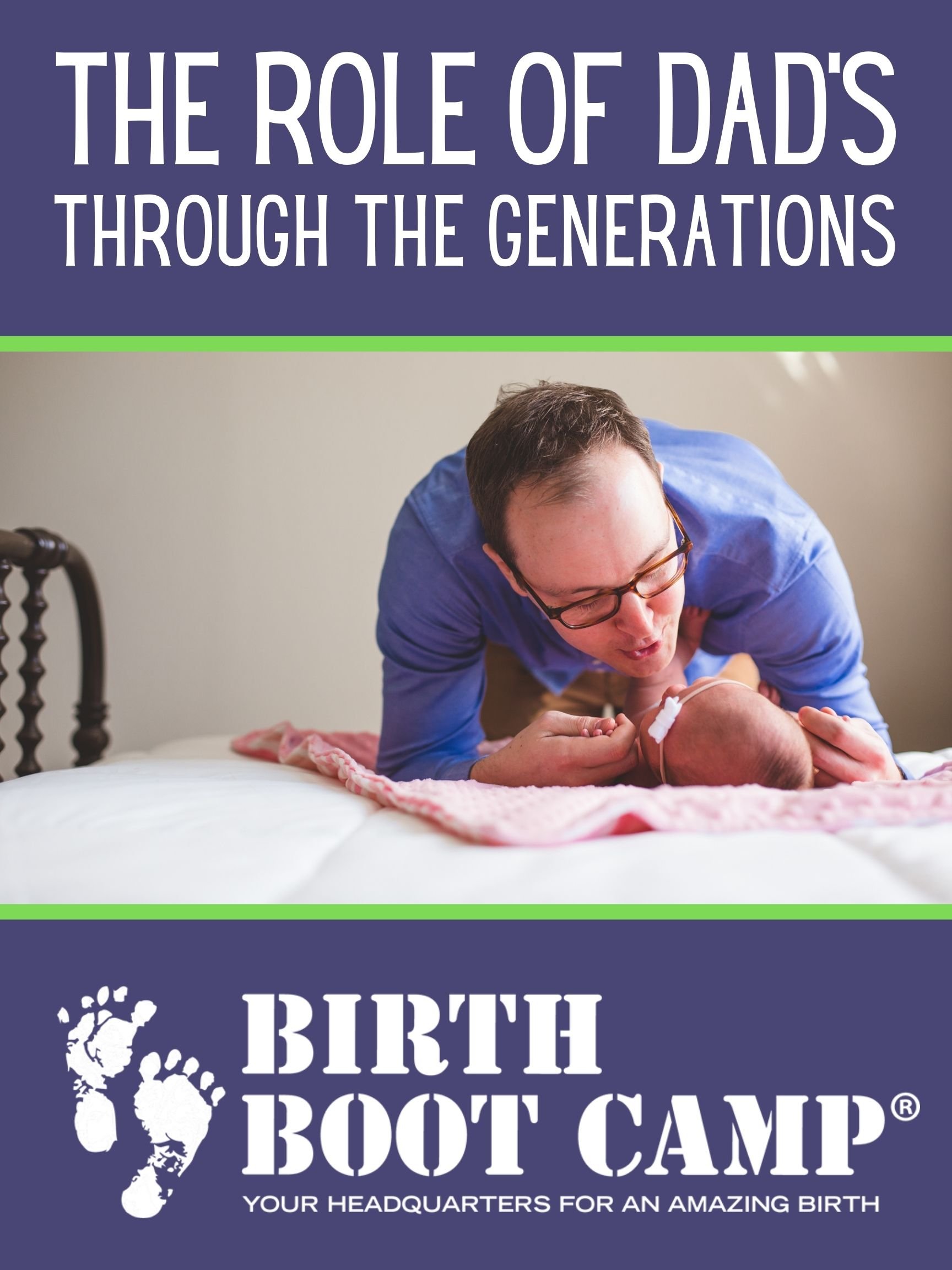 The Role of Dads Through the Generations

A Look at Birth and Parenting

I was born in 1971. It was a very different time in so many ways. You could probably guess that my dad wasn’t at any of our births, and my mom was loaded up on the drugs. She wasn’t knocked out like she was with my brother in the early 60s though. If a dad opted not to be in the “delivery room” now, he would be shunned. Back then, he would have been ridiculed for wanting to witness the birth. They wouldn’t have known what to do with him! Remember the movies where the dads were in the waiting room passing out cigars? That was a real thing.

I wasn’t breastfed either. 1971 has the lowest breastfeeding initiation rate on record, with just 25% of women even attempting to breastfeed their babies. If you had money to buy formula, you didn’t breastfeed. Breastfeeding was for poor people. Plain and simple.

My family was like nearly all my friends’ families – our moms stayed home and took care of the kids, cooking, and cleaning. Our dads went to work. In the evening, my dad usually read the newspaper or accounting journals. My mom helped us with homework or did chores around the house. Very “Leave it to Beaver.” The roles and expectations were well defined. While none of it may seem “fair” – at least that is what my daughters would say – it was more… well, simple.

In the early 1970s, Dr. Robert Bradley wrote a book called Husband-Coached Childbirth, and thus began the movement of dads not only being in the delivery room, but they were expected to be helpful! The job given to dads? To cut the umbilical cord! It was/is his honorary task in the delivery room.

Gradually, the cost of living increased, more women were going to college – ultimately wanting careers and families – and as a result, men were expected to help out with childcare, housework (not just the yard!), cooking, and errands. Makes sense, especially if both partners were working all day, right?

Let’s talk about these same men for a moment. They likely watched their fathers come home and sit in a chair in the evening. Cooking and cleaning were women’s work. While some of those dads were engaged in their children’s lives, many were not. It wasn’t necessarily expected. Their sons are where the shift happened. Some men were excited to help run the household, but others were not. Women had expectations and men, in my opinion, were kind of confused – caught between how they were raised and trying to keep up with cultural changes. It was hard. The divorce rate steadily climbed in the decades that followed.

New fathers today are the sons of that in-between generation. These men are expected to be in a childbirth class, helpful during labor, and knowledgeable about breastfeeding and diapering a newborn. They’ve grown up in such a different time – with social media and the internet. More people – women and men – are working from home, and couples are really shouldering the responsibility of childcare and homelife together.

But I’ve also seen lots of couples taking on traditional roles. These dads are still expected to step up and do all those same things mentioned above.

So where am I going with this blog post? I guess it’s a conversation starter, an acknowledgment of the struggle, something to think about. I often feel for these dads in class. Here is the tough reality that adds to this complicated scenario – babies want their moms, not their dads. Biologically, they have never been separated from them – ever. It doesn’t take long to figure out who has the milk, either. It’s more than that though. It’s everything about her that the baby wants. This is a blog post for another day, but it should be mentioned here because it plays into this situation, especially if mom goes back to work and dad plans to stay home.

What is the conversation within your families? Are both partners working? How do you share the workload at home? If you have chosen more traditional roles, what does that look like in your home? How do you divide chores? What is working well and where do you and your partner struggle? Share your experiences with us and with each other!

© 2022 Birth Boot Camp® Your Headquarters for an Amazing Birth.