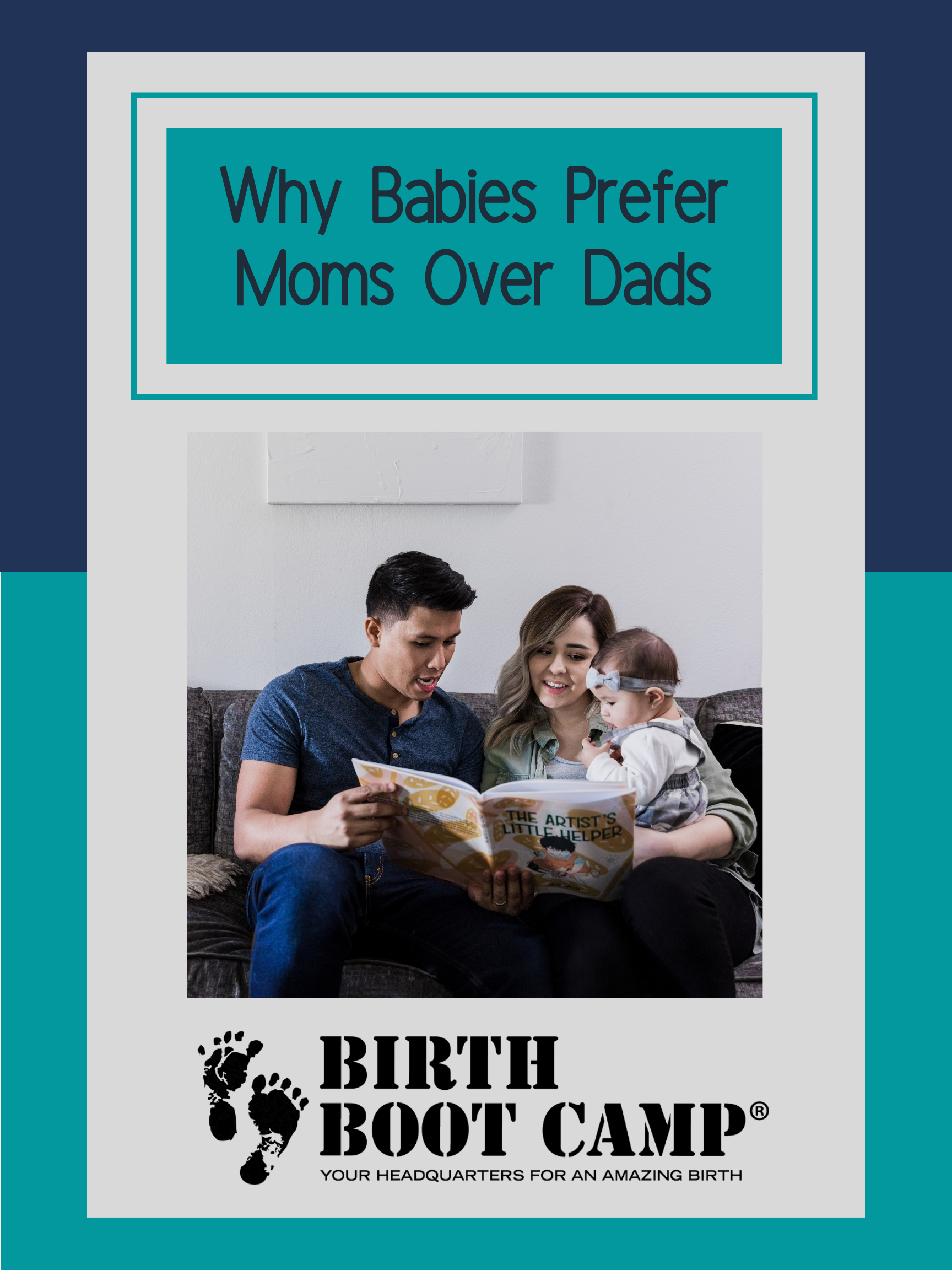 Why Babies Prefer Moms Over Dads

We live in a time where the title of this blog post might be considered controversial. My intention in writing this is not to make enemies but to discuss why this statement is true. I see so many couples struggling with early parenthood, I believe, because they thought this process of going back to work would be easy – for both parents. Let’s explore this idea.

I was totally unprepared to become a mom. I had no clue what I was doing! My baby and I figured it out together. When he was born, my husband was still in school and I was working. Our plan was that I would go back to work when our baby was 6 weeks old and my husband would be able to study at home and take care of the baby. Sounds simple, right? This plan worked fine until Daymon was 3 ½ mos old. My husband couldn’t get him to sleep or to stop crying. He was adamant that he would rather work full time and go to school full time. Twist my arm! Honestly, I was thrilled to stay home with my baby. I had no idea how attached I would become to this little human – or how attached he would be to me. Honestly, his attachment began long before he was born.

Think about your baby’s existence before birth. At Birth Boot Camp, we call this exercise “Recreating the Womb.” It is something we rarely think about but it can be helpful in understanding life from the baby’s perspective.

Let’s circle back to the first point. Before birth, a baby has never been away from its mom. It seems obvious, but let’s go ahead and say it out loud. Its body was inside her body. It wasn’t inside dad’s body, or grandma’s, or a nanny’s. The mother is who the baby is already connected to.

Sure, the baby will recognize dad’s voice and even sibling’s voices, anything they heard a lot in the womb. I’m not making it up when I say that my youngest child recognized Tim McGraw’s voice. If she was crying in the car, all we had to do was play a certain album that I listened to non-stop when I was pregnant with her. Your baby will recognize those voices, but those bonds have to be developed. They are pretty automatic for the baby with its mother.

I’ve heard young folks say that gender doesn’t matter here, that it is an issue of culture and conditioning. Not so fast, friends. I’m pretty good with babies and I’m female. If I hold someone’s baby, that baby may be happy for a bit, but eventually they don’t want me. I’m not the one who makes them feel content and complete. When I hand the baby back over to the mom, everything about the baby relaxes. They feel safe again. Their needs – not just the physical ones – will be met through being with her.

This is not a matter of breastfeeding either. While I definitely think that plays a role in babies wanting their mom/food source, it’s more than that. We talk about separation anxiety as babies get older, usually around 9 or 10 months. Up until that point, babies actually believe they are part of their mother. When they realize they can be separated, that anxiety is real and, often, traumatic for everyone.

When my first baby was about 6 or 8 months old, we were playing a game around the kitchen table with my parents. I got up from the table and handed my baby to my dad. They were both content for about 30 seconds before Daymon started crying. My dad tried to console him but to no avail. He handed the baby over to my mom. Same thing. Then he went to his dad. Surely, he would be fine with his dad, right? Nope. When he landed back in my arms, it was as if we had flipped a switch. Not only did he stop crying, he looked at everyone to be sure they saw what was happening, as if to say, “I want her! Not you!”

This reality can be difficult for couples, as individuals. Many dads take it personally. I promise it’s not personal. Right around the baby’s first birthday, they will take a real interest in this fun person called “Dad.” I’ve often joked that the reason so many babies’ first word is “Dada” is so he doesn’t feel left out. Dads want to feel the love, too! It can be extremely frustrating for dads who try to meet their child’s needs, but the baby continues to cry, only to stop the minute he/she is placed in mom’s arms. This reality is often difficult for moms, too, especially if she works outside the home. She is often caught between a rock and a hard place, especially if she needs to work. It may sound simple, but I think acknowledging this fact – that baby prefers her over everyone else – is the first step in trying to better the situation. Leaving a piece of freshly worn clothing behind can help. Or recording your voice talking or singing for caregivers, including dads, to play, if needed. Denying this reality doesn’t help anyone, yet I see young people really wanting to believe this connection isn’t real, that it isn’t biological.

Years ago, I was given this cute book called The Diaper Diaries by Cynthia L. Copeland where she describes the “Mommy/Wife Timeline.” I’ve referred to it a lot over the years in my childbirth classes when talking about this transition period as a family. The timeline runs 20 years and is divided by the baby’s behavior and the husband’s behavior. I’ll give you just a sampling:

1st year –
Baby: Smiles every time he sees you and cries when you leave the room.
Husband: Wants to breastfeed like the baby; Changing diapers makes him sick to his stomach

2nd year –
Baby – Loves to sit on your lap and read Are You My Mother?
Husband – Baby bumps his head when he’s supposed to be watching him

20th year –
Baby – Wants to move back home with girlfriend because magician gig isn’t panning out
Husband – On your anniversary, he says he’d marry you all over again

The lesson here? These phases are all temporary. Babies grow into toddlers who grow into children who grow into teenagers who eventually become adults. I love the progression of the husband in this timeline. Relationships with spouses change over the years, too. Children grow into their own person with separate interests, moving out, having families of their own. Spouses, on the other hand, are on your team! Remember that and work together. My favorite advice to dish out is “Enjoy the journey.” Don’t hate me for saying this, but your child will only be a baby once. They change so much in the first year. It’s a special, sacred, time that you can’t get back. A lot of bonding – between both of you – takes place in that year, and frankly, a solid foundation is everything. My babies range from 16-24, and they’d be the first to tell you I’m not the perfect mom. I’ve made a lot of mistakes, but I wouldn’t trade that time with them as babies for anything. They may not remember it, but I do.