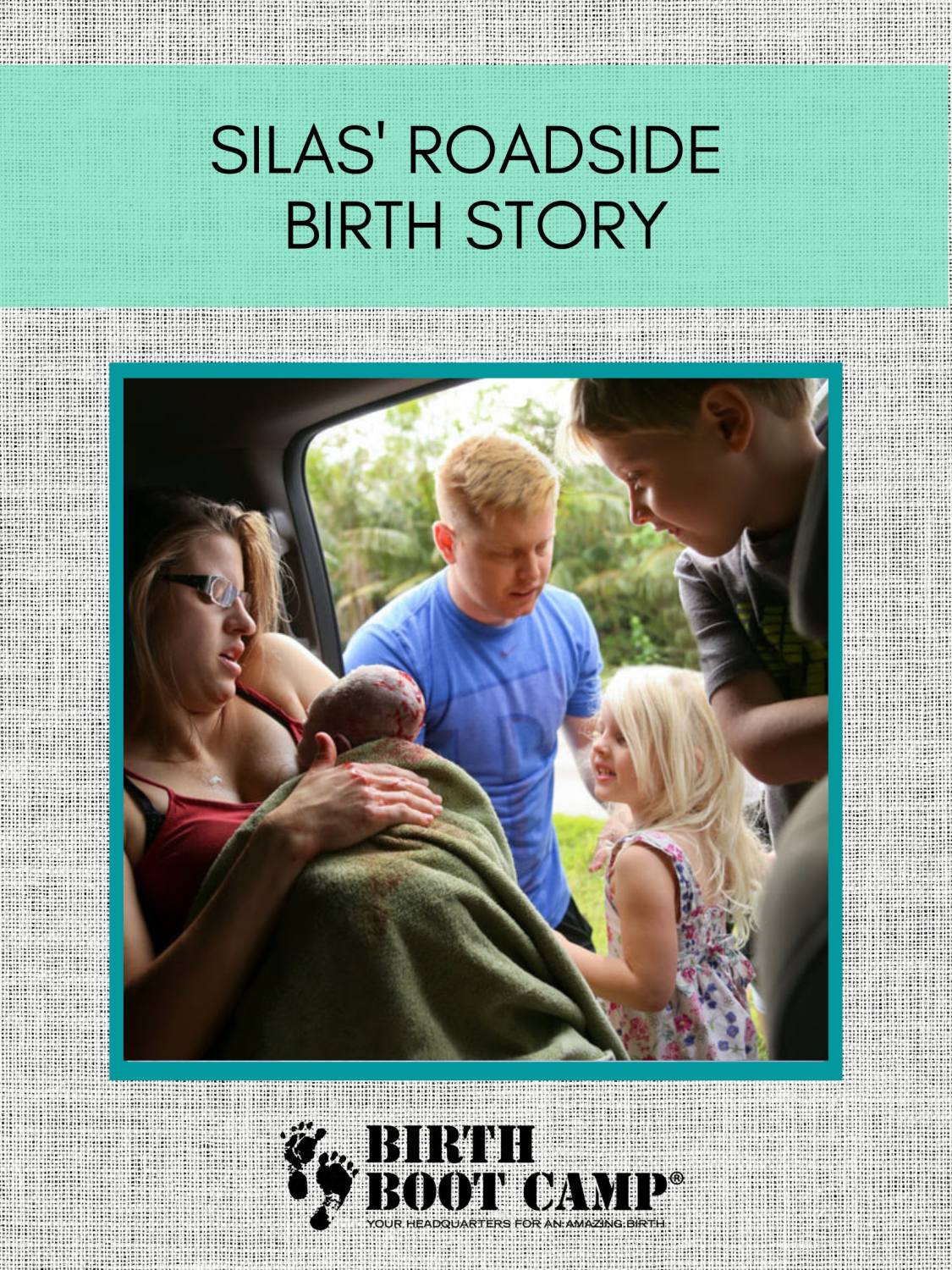 I joked throughout my entire pregnancy that I might not make it to the hospital in time. My previous birth was rapid fast; we got to the hospital less than 15 minutes before our daughter Olivia was born. This time, we lived a lot further from the hospital.

We found out that we were expecting our third baby shortly before my husband, Michael, was deploying to South Korea. I worried that baby boy was going to come before his daddy got back. My doula and birth photographer both had trips off island during my third trimester as well.

My husband arrived home on September 13. My estimated due date was September 28. However, I tend to not go to due dates.

I’ve always heard that third babies will give you a run for your money and that their birth is usually different from previous babies. I hoped that didn’t mean a long labor.

Call it intuition, call it nesting… maybe call me crazy, but I spent my entire weekend before baby was born scrubbing my car, top to bottom.

Wednesday, September 19, I woke up around 2:45 AM to an audible pop… but no gush. I carefully got up and made my way to the bathroom. After peeing, fluid was still trickling out. I knew that my water had broken.

As a childbirth educator and doula myself, I knew these were unproductive and likely my body was trying to move baby into a better position.

I grabbed a snack and then attempted to go back to sleep. With no luck for sleep, I decided to try resting in the bathtub. The contractions were in my back, baby was posterior.

Once out of the bath, I sent text messages to my doula, Kelsie, and photographer, Cassaundra. Telling them no rush, but to prepare. Then, I attempted some pelvic rocking to get baby off my spine.

Around 5:30 AM, I woke my husband, Michael, up to let him know I was in labor. Initially he jumped up. I let him know that I wasn’t ready to go to the hospital, but that we should start getting our things together. We packed our bags, and he helped me place the tens unit on my back, as I was still experiencing back labor. He laid back down in bed while I sat on the exercise ball next to him.

Our oldest son, Ian, came to our room soon after. I looked up, hugged him, and asked, “Are you ready to have your baby brother today?” He smiled so big. Ian had anticipated this day! He was going to catch his baby brother.  I sent him to go watch Netflix until we were ready to go.

Contractions were still 2-3 minutes apart, and in my back. I instructed Michael on how to belly sift with the rebozo. After a few contractions of belly sifting on my hands and knees, I decided to try sleeping again.

We both laid down in bed and contractions spaced out to 5 minutes apart. Still in my back, I would crank up the tens unit with each contraction and then turn it down as it faded away. Then I would dose until the next wave came.

While resting in bed, my photographer/friend arrived. Cassaundra came into my room and asked if she could prep the kid’s breakfast. I gratefully agreed.

I got up to go to the bathroom. All of a sudden, I was grunty.

Anyone in the birth world knows that grunting means pushing…

Michael came to the bathroom, and I told him, “If we we’re going to the hospital at all, then we have to go now.” I asked him to get me a new depends. He brought back a panty liner… HA! Once he figured out that I was talking about the adult diaper, we started for the car.

Cassaundra was able to get the kids to the car and help Michael load last minute bags.

The older kids were in the third row of our Honda Pilot and the infant car seat on the passenger side in the second row. I was crawling in the back seat when my doula, Kelsie, pulled up. Cassaundra hopped in her car and we were off.

I was on all fours when we started backing out the driveway. Michael asked if I was going to be able to sit down. That was not happening.

When we pulled out of our residential road onto the highway, Kelsie and Cassaundra had to wait for traffic before pulling out. So, they were several cars behind us.

A few minutes down the road, I was telling Michael that I could feel baby’s head. He kept asking if he needed to pull over. “I don’t know”, I kept saying. Then another surge came over me and I said “Yes. Pull over.” I knew we wouldn’t be making it to the hospital.

​Michael was able to find a flat area with some distance from the 2-lane highway.

As soon as we pulled over, I heard Ian’s sweet little voice, “Can I get unbuckled and help catch still?” I nodded as I reached back to help Olivia unbuckle too.

I didn’t realize at the time, but Kelsie and Cassaundra weren’t there yet. Michael told me after the fact, he was afraid they had turned to go a different route to the hospital.

It was just a few moments before they pulled over behind us. Michael had my car door and the trunk opened. Kelsie said he looked at her with wide eyes as she walked up.

So, there we were, me on all fours with my butt facing morning rush hour traffic.

As contractions came, my body was involuntarily pushing. I remember reaching over and turning the air conditioning off so that baby wouldn’t be cold. With one hand on my baby’s head, I focused on breathing through each urge and letting my body stretch. Once baby’s head was born, I waited for another contraction to breathe out his body.

​Michael assisted me in catching his body as I had his head then quickly helped me get baby between my legs and to my chest as I sat down.

Kelsie and I had discussed just a few days before about time of birth. Thanks to her quick thinking, we know that baby was born at 7:37am.

The older kids loaded back up and Cassaundra got in the passenger seat. I sent a text to Dr. C—–, letting her know that baby had arrived. She alerted staff.

I held baby on my chest for our drive to the hospital. I’ve never been so thankful for slow rush hour traffic.

We were greeted by ER staff who helped me to a gernie and wheeled us straight up to Mother-Baby. Our paperwork leaving the hospital said “Baby Boy Bullard, because we still didn’t have a name for our little guy.

Finally, at one week old, we decide on a name.

A whirlwind, but an absolutely amazing birth! ​​