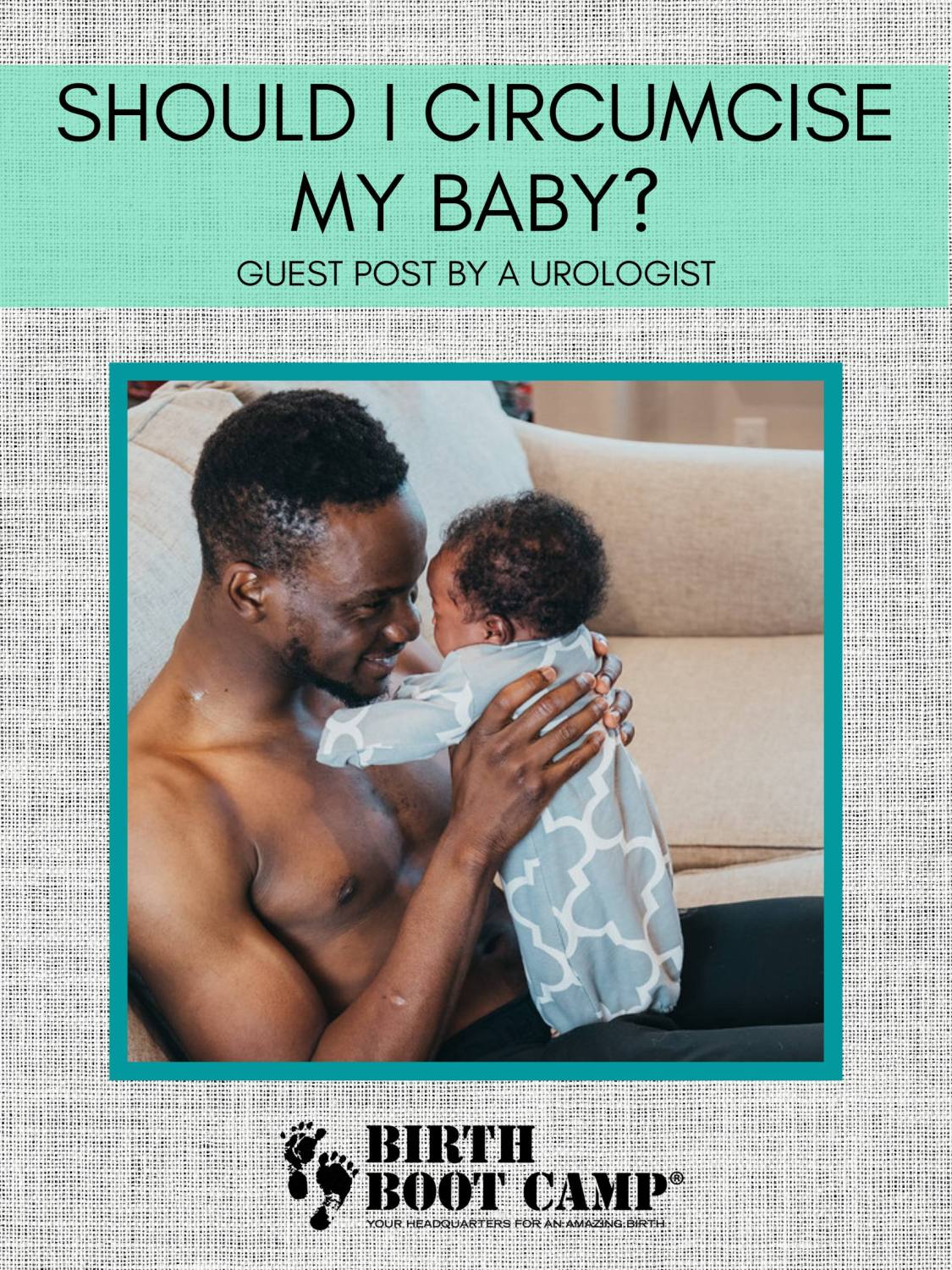 Should I Circumcise My Baby? Guest Post By Dr Adrienne Carmack, Urologist

We are honored today to share a guest post from Dr. Adrienne Carmack, a board-certified Urologist, and mother of three who is also a strong voice in the growing tide of medical personnel  questioning and challenging the common practice of routine infant circumcision. Dr. Carmack has also recently published a book detailing her fascinating story as she questioned much that she had been taught when it came time to make decisions for her own family regarding parenting, birthing, and breastfeeding. 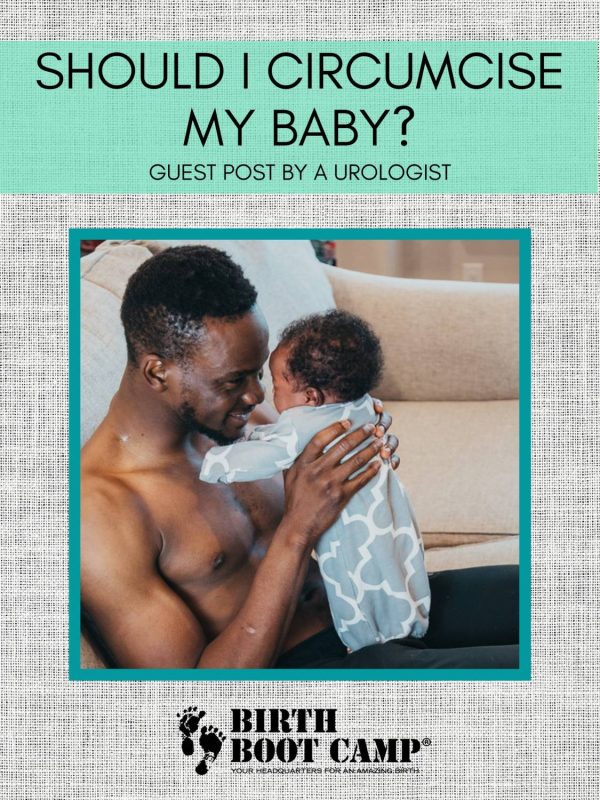 Should I circumcise my baby?

When I began my training as a urologic surgeon in 2003, I believed, and repeated, the recommendations of national medical societies such as the American Academy of Pediatrics: circumcision is the parents’ choice because there are risks and benefits that are nearly equal. I remember saying that there were good reasons to do and to not do it and that I would just leave the choice to my husband since he was the one with a penis.

Well, that changed. I learned of female genital mutilation (FGM), frequently referred to as female circumcision. Some forms of FGM are very extreme, and not at all analogous to circumcision, such as removing the entire clitoris and most of the labia and suturing the vaginal opening closed. But there is a spectrum, with some cultures practicing FGM in a way that is like male circumcision, such as cutting the clitoral hood to make it bleed or removing some of the skin covering the clitoris.

When I learned of FGM, it really got me thinking about newborn male circumcision. By this time, I’d witnessed a handful of newborn circumcisions, and, anesthesia or not, it was not a pretty sight. The baby cried, there was blood, the penis swelled and was tender for days, many of the babies were brought back in by worried parents because of the amount of swelling and pain they seemed to be experiencing. And, I saw many, many baby boys who had to have surgery when they were older because their circumcisions had not healed well.

I began to do my own research on male circumcision. What I found has led me to believe that the guidelines by medical societies that say it’s the parents’ choice are frankly unethical and untruthful. The most basic tenet of medical practice, one which all doctors swear to before they are granted their degree, is ‘First, Do No Harm’. The truth is, circumcision is harmful. And, the purported benefits, which supposedly balance out or even outweigh the harm, are quite small.

The cited benefits for circumcision include reducing the risk of urinary tract infection in the first year of life, decreasing the transmission of sexually transmitted infections, and reducing the risk of penile cancer. All of these potential benefits are based on science which is highly debatable, and definitely not clear-cut. I’m not going to go into the data here, but a quick Internet search will show you many potential flaws in this data.

Even if we assumed it was true, however, in the case of a healthy infant, none of these potential benefits justify harm. First, none of these diseases are going to happen absolutely to all intact infants. They are risks, and they are low. If the risk of UTI is 1%, that means 99 boys must be circumcised to prevent 1 boy from getting a UTI, which, for most babies, is not a major life-threatening illness. Sexually transmitted infections are far better prevented by use of barriers, abstinence, and careful selection of sexual partners. And penile cancer is effectively reduced by simple hygiene.

The risk for a circumcision being needed later is similarly inadequate to justify routine newborn circumcision. Most conditions that I see that require circumcision at a later date are due to manipulation by parents or physicians that is not necessary or occur much later in life as a consequence of other medical problems that are poorly managed, such as diabetes. (We no longer remove appendixes when a patient is having unrelated surgery, even though the patient may develop appendicitis later. We respect that any surgery, as low risk as it may be, is still a big deal and that the appendix probably has an unrecognized role.)

Many people argue that circumcision is not harmful. Many grown men say they don’t remember it and their penises work fine (although many are also speaking out sharing the opposite experience). Many people tell stories of circumcisions they don’t believe were traumatic, that their baby boys ‘tolerated well’, or ‘slept through.’

If you’re considering circumcising your boy, the first step you should take is to watch a video of a routine newborn circumcision. There are plenty on YouTube. Watch one, and then say that it’s not harmful. It hurts and it is a terrible thing to expose a new baby to when born.

More importantly, the reason for “First, Do No Harm” is that we are creating potential problems where none exist. We are also intervening with nature. The foreskin is present for a reason. It has been proven to be full of nerve endings and is widely recognized as an important erogenous part of the penis, just like the clitoris is an important part of the female genitalia. (See “Male circumcision decreases penile sensitivity as measured in a large cohort,” published by Bronselaer et al in BJU International in 2013.)

The foreskin is not just a piece of skin; it is a highly developed anatomic sensory organ. It also protects the head of the penis and the urethral opening, both very sensitive tissues that are best kept covered until the child is able to retract his foreskin himself. (He does not need his mother’s or his doctor’s help to do this.)

Circumcision is traumatic, and this cannot be denied. If you are considering circumcision, please, watch some videos, read stories by grown men who had uncomplicated circumcisions and are not happy, and reconsider taking actions that are painful and that interfere with nature when there is no problem, to begin with. 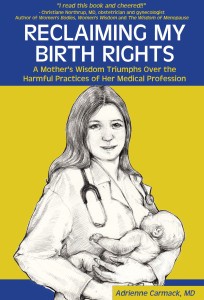 Adrienne Carmack, M.D. is a board-certified urologic surgeon, a practicing physician, and a natural birth and breastfeeding advocate. During her urologic training, she discovered that US medical studies on circumcision are profoundly flawed.

Driven to learn the truth, Adrienne reviewed international medical research first on circumcision and then on natural birth and breastfeeding. She realized that most American birth practices are founded, not on fact-based science, but on current cultural norms.

Adrienne believes that all parents have a right to know the medical facts around birthrights, which she defines as the rights of mothers and children to experience safe, natural births free of unnecessary interventions.

As a doctor, she supports medical intervention when it is appropriate and necessary. However, she has made it her life’s work to free parents and children from the unnecessary medicalization of normal life events.

Adrienne completed her urology residency at the University of Miami in 2007, surgery internship at Vanderbilt in 2003, and medical school at Texas A&M in 2002. She is on the Board of Medical  Advisers of Intact America and is a member of Doctors Opposing  Circumcision.

She is the mother of two girls and a boy, all of whom were born outside of a hospital and breastfed and none of whom were circumcised.

You can find her book, “Reclaiming My Birth Rights” HERE.

More info about circumcision from our instructors:

If My Girls Had Been Boys by Dani Long  (Germany)

And an Interview with Dr. Carmack

I just finished her book a couple of weeks ago, and it was a WONDERFUL read! I highly recommend it to anyone who is planning on being a parent! She is also a lovely person.

Keep up the good work here. It is wonderful to hear such positive reinforcement of our message coming from a well-informed doctor.

Thank you Dr. Carmack. I have a beautiful intact 1 year old son. After doing our research it was so very obvious that we would not circumcize our children. My son is the first male in either of our families (that we are aware of) in a very long time that was able to keep his whole penis. I was nervous it would be difficult to care for my son and keep him clean, but it has been so very easy. We have never experienced any problem whatsoever. Many of the things we had heard about circumcised/intact males were simply not true. We just couldn’t be happier with our decision. His body belongs to him. 🙂 Thanks for sharing information that others may find helpful when faced with this decision.

All the research can suggest that not circumsizing is the correct course but I have not read any thing on the affect of being the only boy in the locker room to be uncircumcised. I would consider myself popular during school, I played football, basketball and baseball. Once my classmates found out I was uncut I felt like I was some freak. People talked about it and poke fun. It would be easy to say just make new friends but in a graduating class of 88 there was not a lot of options. I ended up getting circumsized at 17 because of the bullying and it was not as bad from guys as it was the girls. Please if you do not circumsize your son help prepare them for other kids not understanding why he is different. To this day and I am 30 cringe when I hear the word circum*.

More and more boys are left intact in the US as more and more parents educate themselves. This means that a genitally mutilated (aka circumcised) boy will be a minority as he grows up in the near future.

“If the risk of UTI is 1%, that means 99 boys must be circumcised to prevent 1 boy from getting a UTI”. Dr Carmack’s figure is conservative, since cut boys can still get UTIs. One study – by an advocate for cutting! – implies more than 440 boys must be cut in vain for one to be protected. And UTIs are often given as the FIRST reason to cut.

Thank you for a great an informed post. I wanted to add that UTIs are much better prevented by breastfeeding, which can be adversely impacted by circumcision.

The library research I did prior to the birth of my first son in 1963 convinced me that circumcision is WRONG. The research centered on British experience after the National Health Service stopped paying for routine infant circumcision. We never experienced any of the problems supposedly caused by lack of circumcision. My late wife, who had originally argued in favor of circumcision, became an anti-circumcision convert.

Thank you Dr. Carmack. Thanks for sharing helpful information. We decided to take care of him carefully and wait until my boy will grow up and make his own decision.

Great tutorial and well research write up,thank you Dr. Carmack for the useful resource, i have gotten a lot info to learn from this post.

thank you for a very good article

Should I Circumcise My Baby? Guest Post By Dr Adrienne Carmack, Urologist – Birth Boot Camp® Your Headquarters for an Amazing Birth

Should I Circumcise My Baby? Guest Post By Dr Adrienne Carmack, Urologist – Birth Boot Camp® Your Headquarters for an Amazing Birth

Come on, you can’t be serious about this, you should definitely bring it up.