Changing Our Perceptions of Birth 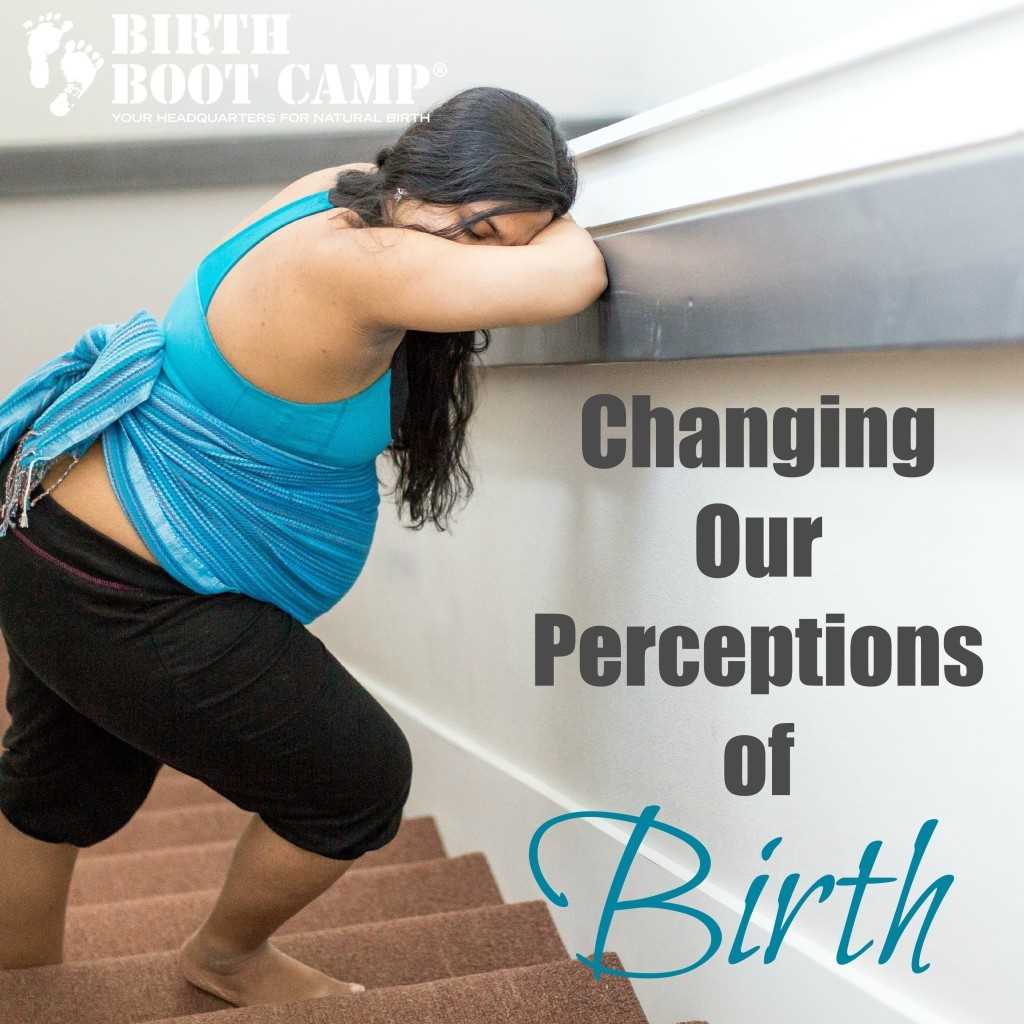 Changing Our Perceptions of Birth

“Going in to labor with no *real* knowledge of what is happening is scary. So many of our perceptions come from the media where birth is very fast and very dangerous. When we take a comprehensive childbirth class and surround ourselves with positive ideas about birth, it actually alters the way we *feel* about it. How wonderful to be able to embrace the day you – and your partner – are meeting your baby for the first time with excitement and confidence!“

Well before I became a Birth Boot Camp Instructor, I came to understand that something is really wrong with the way we view birth in our culture. The way we look at birth, and the way we handle it, is not up to standard with the lives we lead. In terms of developed countries, the infant mortality rate in the US leaves a lot to be desired. Though in some areas of the country, it seems like numbers are rising, in other countries many, many more women deliver with midwives.  Why?  They know something we have forgotten : for non-high risk births, you don’t really NEED a trained surgeon to deliver your baby.

There is a perception that’s grown until it’s overwhelming that women’s bodies are not good enough to handle their own reproductive process. Where I live, natural birth is more common than in many areas. We have two freestanding birth centers and only one hospital. Even so, I get students who are afraid to tell their families that they’re birthing at a birth center instead of at the hospital. They have relatives who think they’re crazy for trusting their bodies to know what to do.

Like pretty much every mammal on the planet, human women have been having babies on their own for thousands of years. We trust all of the muscles in our bodies to help us lift weights, run marathons, and carry us through our lives, yet we doubt the ability of our uterine muscles to work and do what they were made to do. We are asked why we would WANT to have our babies without drugs and interventions when they are so readily available.

Here’s the thing. Those drugs, they can take away your pain. But they also take away other feelings. They override your body’s natural oxytocin and feelings and completely change your experience. When I considered my second birth, I knew that I wanted to have my baby and fully feel the experience, feel the connection, feel the full strength of holding him in my arms for the first time. Missing out on any of that was not a chance I was willing to take.

The way that birth is portrayed in the media in the United States is a HUGE contributor to our perception of birth as something to be feared. Imagine the last time you saw a woman in labor in a TV show or movie. What was it like? Most likely she went into painful labor immediately, perhaps with her water breaking and contractions immediately doubling her over in pain. Rushed to the hospital, she was immediately in hard labor, covered in sweat and screaming as she pushed her baby out.

What is wrong with this picture? So many things. In the natural birth class I took with my second son, our teacher told us about a study that was done at a conference with healthcare providers like nurses and doctors who attend births. They were shown 179 clips from various movies & television shows of women giving birth. Across the board, how many did they rate as REALISTIC portrayals? ONE. That’s because that’s not how birth usually is.

Most of the women I know did not scream bloody murder during labor. Less than 20% of women have their labor start with their water breaking. The average labor lasts 12 hours, and there is plenty of time to get used to the contractions before they overtake you. Plenty of time to walk around, ease into the contractions, let your body get used to what is going on and get to where you want to birth your baby. But a quiet, slowly laboring woman doesn’t really make for good drama, does she?

Unfortunately, that means that the images that women and young girls are exposed to are highly negative and pretty frightening. By the time girls become women able to reproduce, they’ve been exposed to these dramatized accounts, and maybe one birth video in health class, whose close up shot of a baby crowning most likely becomes their only memory of the whole thing. Because really, who wouldn’t remember that?!

Even on reality shows like “A Baby Story” on TLC, they rarely show home births or births at birth centers. Generally when couples are shown preparing for home birth on television, they are framed as being hippies, or slightly off.  Often it’s just an undercurrent where editing and production make the natural birth parents seem a bit wacky. The reality is that anyone can choose a birth center or home birth regardless of their background.

Other media isn’t always much better.  On WebMD, for instance, I found the following quote from Yvonne Thornton, MD, PhD, a senior perinatologist at St. Luke’s Roosevelt Hospital Center in New York.

“Some people have a fairy-tale idea about the true nature of labor, but it is painful. It is one of the most painful crisises that the woman has to endure.”‘

This quote was in an article about hypnobirthing that was supposed to be informational, and was largely positive. It’s difficult to live in a culture where strong, powerful, educated women are still saying that birth is a crisis and you’d better be some kind of superwoman if you want a natural birth.

Changing YOUR Perceptions of Birth

During my second pregnancy, I started to seek out examples of natural, normal births. I watched birth videos almost constantly, I read birth stories of people who had educated themselves with natural childbirth classes, who had midwives, who had doulas, and who had support and trusted their bodies to bring their babies into this life. It was empowering, and it didn’t take long before my mind started to change and the conditioning that had created my perceptions of birth began to unravel.

For every woman who takes charge of her birthing experience, there are husbands and partners whose views are also changed. There are children who will grow up with parents teaching them that birth is natural and normal, and not something to be afraid of. There are grandparents whose experiences of birth as scary and painful can be partially healed by watching their children give birth in an empowered and educated way. There are nurses who have never seen a natural birth who see one and become better supports for next time. This ripple is what I strive for, because all women deserve a birth free of fear.

Educating myself and re-framing my perception of birth was the biggest service I could ever have done for myself and for my son. One of the reasons I chose to become a Birth Boot Camp Instructor is because I believe that a comprehensive childbirth class like this one is the best way to unlearn the damaging things that have been put into our heads about what birth is. I love sharing the tools, the birth videos, the stories, with my students.

Rachel is a Birth Boot Camp instructor in Bellingham, Washington. A mother of two boys, her first birth was a medicated hospital birth, and her second was an accidental unassisted home birth. She also runs a local birth story and pregnancy resource website in her area.

Wow, this article was very enlightening on natural birth. It really makes you reconsider your beliefs on what is the best way to give birth. Thanks for sharing your thoughts!

“The ripple effect is what I strive for.” I loved this statement, this is EXACTLY what I have felt and told myself as I’ve undergone a similar process of deconstructing and reconstructing my views on birth and putting them into practice as a mother and wishing for the same to happen more widespread.

[…] from midwives or low risk clinics. High risk women do well under the care of an OBGYN. Replacing the fear with knowledge and confidence can better your birth experience even if your outcome isn’t what was […]