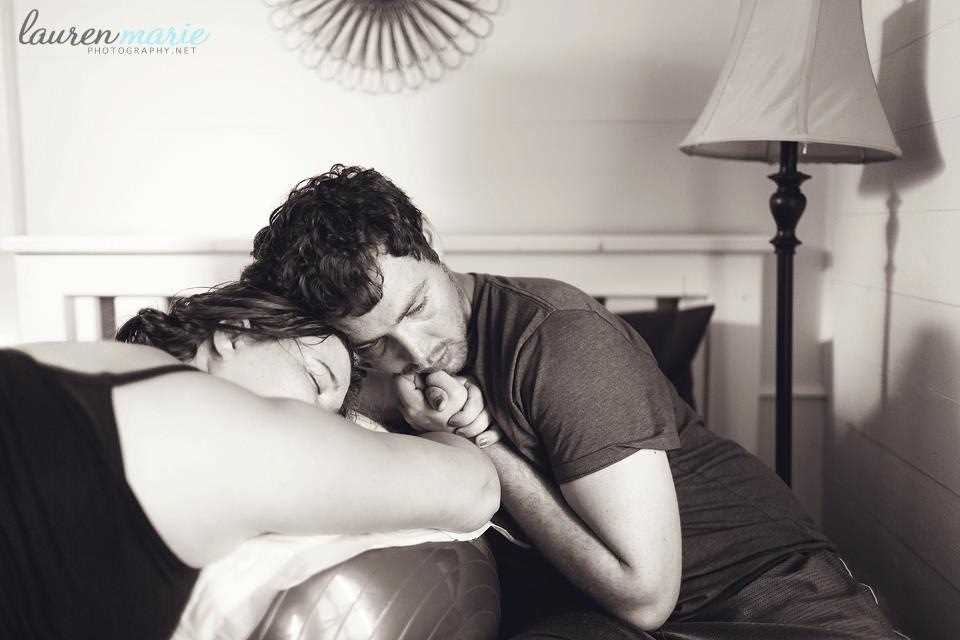 We have the privilege today of sharing a birth story from one of our students.   We are so grateful to them for sharing such a private event with all of us and so glad that they had a great birth.   Education really does make a difference!

The Birth of Axle

I think my biggest fear about giving birth was what kind of birther I would be.   Would I be loud, scream, yell, cry, or sing?   I wasn’t afraid of the pain, and I have to give props to my Birth Boot Camp natural birth classes and my midwife for that.   I was born to give birth and I could do it!   I met a lot of women and doctors that said I was lying when I said I wasn’t afraid, but that wasn’t the case.   I was scared to have a newborn, I was scared to be a mom, but I never was scared to give birth.

My pregnancy went well.   The first trimester was a little rough with all the morning sickness, but after changing my diet and no longer eating anything with gluten, dairy or pork everything got so much better.   I didn’t really crave much other than plums and Simply orange juice (no other brand would do).   I was with a doctor my first 16 weeks, and then transferred to a midwife once we had our gender sonogram.   I was a little nervous about this since I grew up with a PICU nurse as a mother and only thought of midwives as old fashioned.   But my husband was pretty supportive in using a midwife and after watching â€œThe Business of Being Bornâ€ I knew it was the right choice for us.

When we first met our midwife Terry we knew that she was the one for us.   After going to a doctor for 16 weeks and only getting answers if we had questions, she poured into us that first meeting.   We learned so much, and never asked a question.   I mean, come on! We are first time parents; we have no clue what to ask.   After being with her for a few short hours, I had no doubt about leaving the doctor and had our files transferred to Edenway Birth Center.

This was the best decision I have ever made (besides asking Christ in my heart and marrying Cody).   Edenway is a family, and we loved/love it.   I quickly learned however that a midwife or at least my midwife is a lot harder than a doctor.   I had to keep a food diary, pee on a stick that pretty much told the midwife if I lied about being good, and had to stay in a certain weight.   I had to stay active, drink tons of water, take vitamins, and eat right.   All of these are on the top of my â€œI Hateâ€ list. But I did it!   I’m a walking testament that a very borderline preclampsia momma can take it all the way to deliver the natural way.   It just takes A LOT of discipline.   I didn’t start out that great, both Cody and Terry had doubts and both were Army Sargent’s getting on to me and keeping me in check.   But I was willing to do whatever needed to be done for my little man.

So enough about the pre story, let’s get into our birth story. 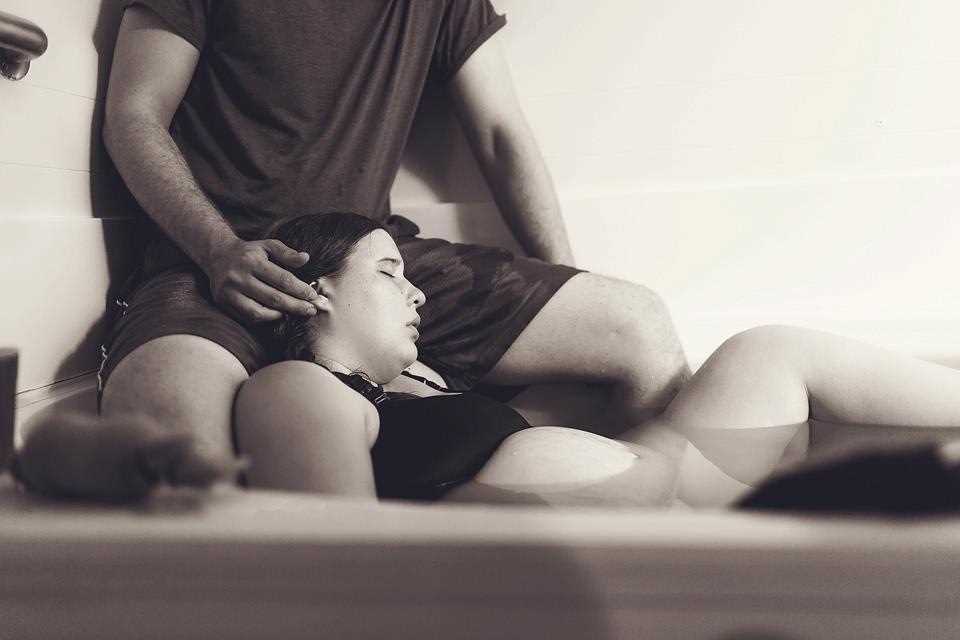 Axle Festus Scholz was 12 days late!   And even though physically I could have gone for months more (seeing a chiropractor makes all the difference!) mentally- every day I was starting to freak out a little more.   I never wanted him to be early, but never even thought he could be late.   At 10 days, I started really getting worried. I knew that on day 14 I would have to go to a doctor and no longer could legally use a midwife.   I started freaking out.   On morning of day 11 I got contractions that unfortunately went away after taking a shower.   Later that day Cody and I went to the midwife’s house and started to use a breast pump to encourage contractions (only under a midwives supervision is this ok).   We did this for about 2hours, and then we went home.

My contractions never stopped after we left but I went to sleep like I was toldâ€¦until about 10:30pm when I woke up out of dead sleep screaming!   Oh did it hurt!   But it was a slow processes.   After Cody helped me a little with the pain, I remembered that contractions on the toilet were supposed to really help (Birth Boot Camp tip) so I took my phone and blanket and headed to the bathroom.   It worked!   Between texting my midwife and a friend Paige, who also was in labor at the same time I finally decided to head to Edenway (the birth center) at 3:30am.

From 3:45-9:30am I labored at Edenway, mostly in the bathtub which was amazing.   At first the pain was so intense I wanted to and did throw up, but it got easier the more I took deep breaths remembering that keeping my chin on my chest was the key.   Labor honestly wasn’t as hard as I thought it would be, but don’t get me wrong it hurt and it was hard.   I think I did pretty well for a first timer, and was mainly quiet with deep moaning when I really needed to.   I was so in my head that I never heard anyone say a word, which is pretty funny since there were 12 people in the room with me. During the birth there was about 3 times that I remember not wanting to finish. Like I had a choice!   One of the things they kept trying to do was give me sugar to help with my energy, but I kept saying â€œno sugar, no sugarâ€ it sounded so gross at the time which is funny since I do love my sugar. 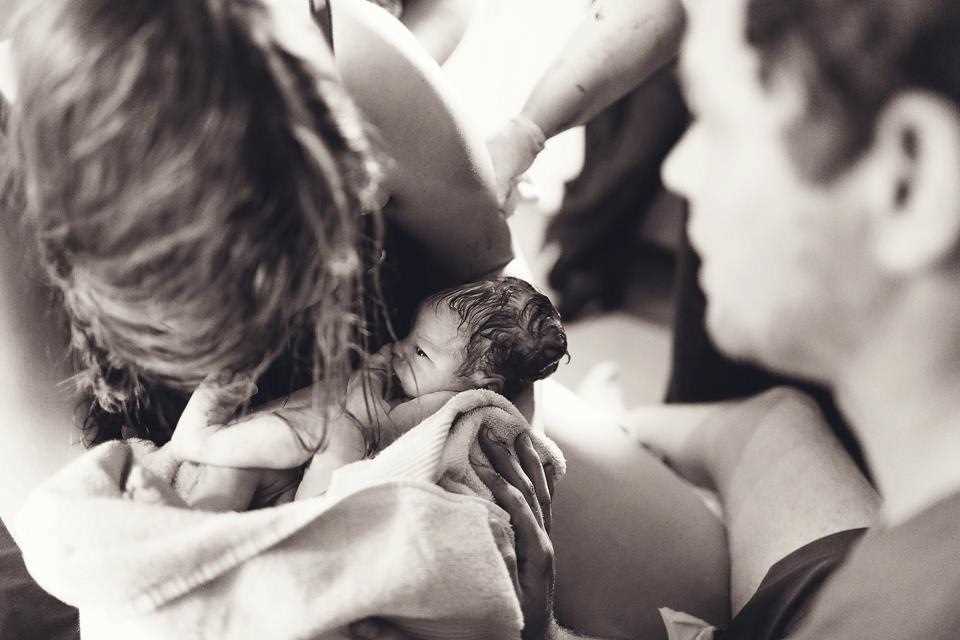 I had by far the best birth team.   Cody, Terry and Melissa were amazing!   Melissa was a God send and truly was the reason I believe my birth was such a great supportive experience.   We had worship music playing in the background, and Terry knew every time I was in a place that I needed her to just pray.   Two times I remember thinking, â€œGod, I need youâ€ and then I would just hear Terry praying and everything in me would go calm.

Cody was a surprise, I knew he would be good but I never could have thought he would have been as helpful as we was.   In class he always joked around, never took anything really serious and truly felt as if he learned nothing from going.   But I must tell you otherwise!   He was so great at reminding me to breathe, to relax, and breathe some more.   Between him and Melissa they had battle wounds for days and neither complained.

I mainly labored in the bathtub, with a small portion on the toilet, but then when it was decided I needed a new position I moved to the bed.   That’s when Axle came.   Cody was lying on the bed with his back on the wall and I was on all fours with my hands on Cody’s ribs and that’s how I pushed.   Yea, definitely not the pretty water birth I had hoped for but none the less that was the reality.

It was in that position that I decided my son was coming with the next push.   I knew that if I pushed after the contraction was over then most likely I would tear, but I was ok with that.   I took a deep breath and pushed as long as I could even after feeling the contraction stop.   And out came my little bundle of joy with his hand over his face.   As I felt him dropped I screamed for the first time, and in all my wisdom yelled â€œoh Sh**!   What was that!?!â€ and then out he came. 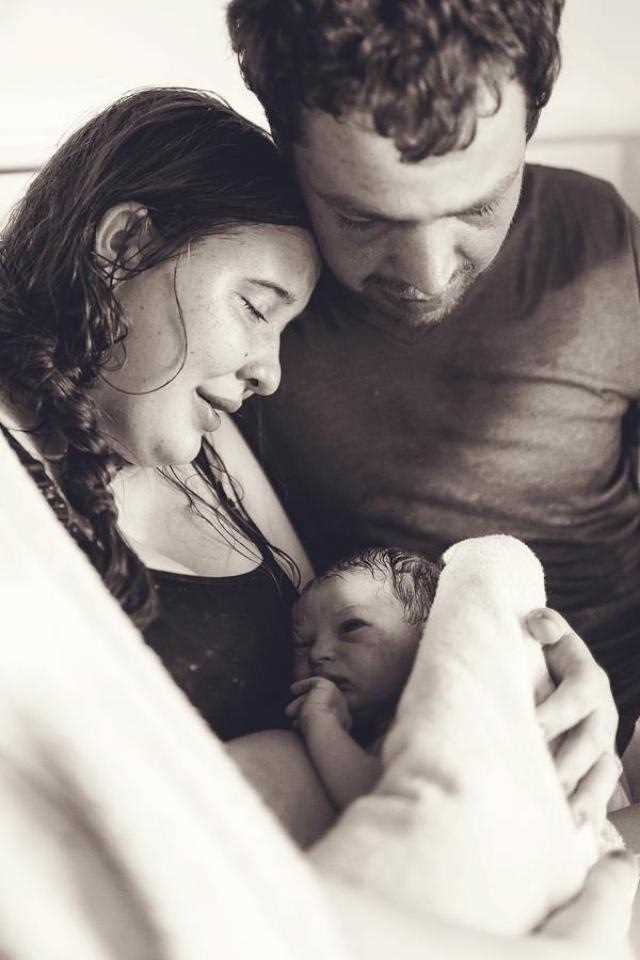 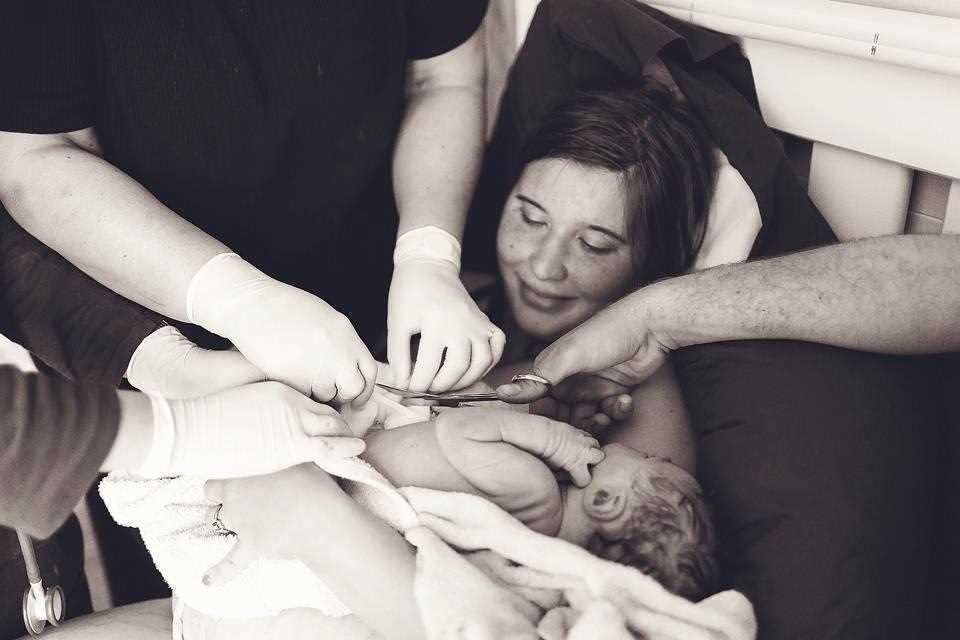 I was so shocked, I honestly couldn’t believe it.   I was just standing on my knees not moving, not believing what just happened. There really was a baby inside of me, and now I’m holding him!   All I could say was â€œit’s a babyâ€â€¦ I know I know, of all the things to say. Haha.

Once Cody cut the cord and we took a nap as a family, I looked up at Cody and told him I was ready for another.   And I am, when God allows.   To this day I don’t remember the pain, which is pretty cool that my body can make my mind forget.   I tried and tried to remember, but it’s gone.   Only the joy of having Axle remained.

My only complaint was that I truly didn’t understand just how much of a marathon my birth really was.   No matter how many times I was told to work out and be ready I wasn’t anywhere close.   I was so tired, and was falling asleep through both labor and after.     For my next birth, I will be fit.   I will be healthier and I will most defiantly use a chiropractor and Terry!

My placenta came out later than most and needed a shot of Pitocin.   I love to joke that I was given Pitocin after my birth.   My aftermath from the birth was 2 hemorrhoids and 4 tears, one with stitches which was a little banged up on the inside.   But at my 6 week checkup, I looked really good and everything was back to normal.

I loved my natural birth and 100% will do it again, and hopefully the next one is my beautiful water birth.   Axle weighed 8lbs 2.5oz and was 22inches long, with tons of hair on February 21st 2013 at 9:35am.   Total amount for labor from start to finish was 14hrs and 39mins, with 2hrs of pushing. 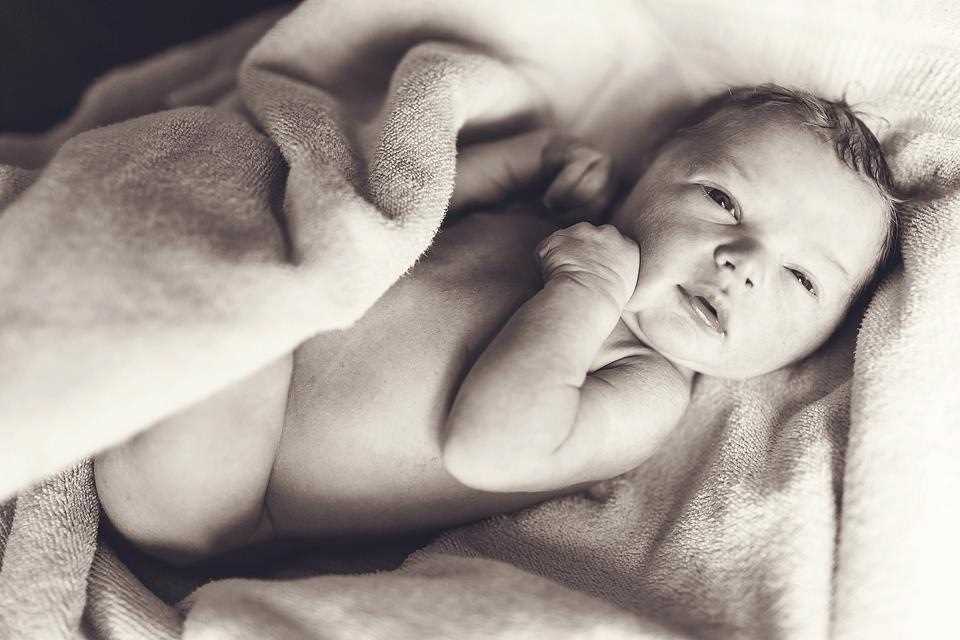 These pictures were posted with permission from Lauren Marie Photos.

Beautiful told story about the birth of little Axle.

beautiful story Kourtnie. I have known you for such a long time and you have always been a good strong friend. you are an awesome women for going about your sons birth this way. I have always dreamed about mine going this way but its just not possible for me! again very beautiful story!!

Beautifully told story about the birth of little Axle.