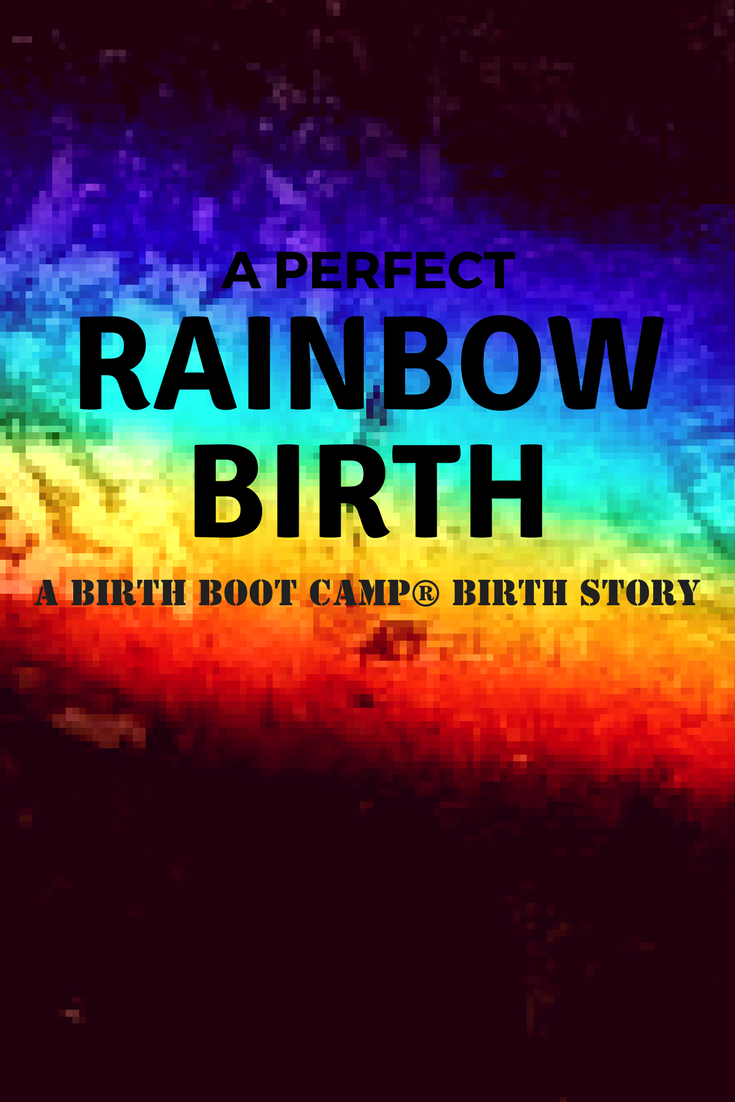 What a special birth story we have for you today! Kelsie had an amazing birth center birth and took advantage of all the Birth Boot Camp! She took an in-person class with instructor Jillian (who is also an instructor trainer), and Birth Boot Camp DOULA Beth. She felt supported every step of the way. She says the most amazing thing about her birth was the love and support she felt. “I never felt a single moment of fear during my labor.”

Wow! What an incredible testimonial to how amazing birth can be.

Thanks so much for sharing Kelsie. And congratulations on your AMAZING birth!

They call him a rainbow baby because his life came after a loss, in our case, a miscarriage at 11 weeks. We had a relatively easy pregnancy with the exception of low progesterone levels in my first trimester, but once we got those leveled out, we didn’t have any other risk factors, just the usual aches, and pains that come along with growing a human inside of you.

I just finished my last official day of work before starting my maternity leave. I was 39 weeks and 3 days pregnant and I told Rob I wanted to get out and do something that evening as I knew our days as a family of two were limited.

We decided to go have dinner and as I was getting ready, I noticed my first real sign of impending labor, my mucus plug. I let Rob know that it could be even closer than we thought but heeding the advice of so many, and hearing the voice of our Birth Boot Camp instructor, Jillian, inside my head, I didn’t want to get my hopes up and make the wait feel even longer, so I pushed it out of my mind as best I could and we went to dinner.

I did, however, let our amazing doula and midwives know that things were progressing.

We went to bed Friday evening and part of me expected to be woken in the middle of the night with contractions, but I woke up around 6 am Saturday morning and decided to go for a walk around the neighborhood. I was definitely feeling some cramps come and go, but nothing I couldn’t tolerate and, again I hear Jillian’s voice telling me that some women experience pre-labor for days before the real thing begins.

As the day went on, my back began to ache more and more.

My doula suggested getting a massage or having an adjustment, but I put it off because the thought of getting in the car made me cringe. I tried to nap, take a hot shower, had Rob rub the area, but nothing helped.

My cramps were coming regularly but didn’t last long and still weren’t intense enough to keep me from walking or talking so I just tried to relax through them. 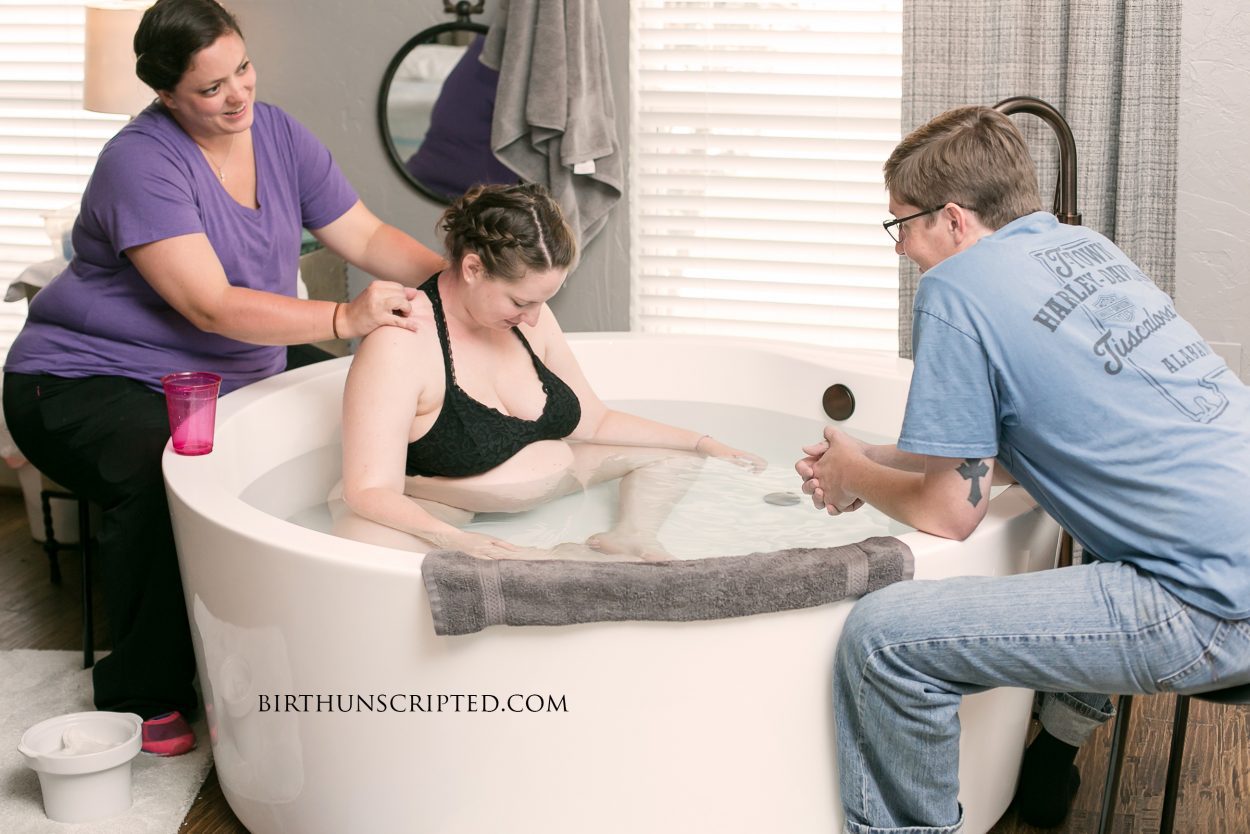 Around 1 pm my back pain was still my worst symptom and midwife Gina suggested I come to the birth center to get checked and have a chiropractic adjustment. I agreed and we started to get ready. As we were walking out the door, I turned to Rob and told him that we should take our bags just in case we don’t come back home.

I knew it was a stretch, but I was hopeful!

So we gathered everything up, snacks, clothes, labor soup, all the things I’d been preparing for weeks and weeks.

The car ride to the birth center was tolerable. I closed my eyes and tried to focus on getting through each wave as they radiated through my back. The contractions were still only 30-45 seconds long so it was manageable. We arrived at the birth center at 2:30 pm and the midwives told me they would check me and see what was going on, but I was prepared for them to disappoint me with the news that I was only 1 or 2 cm dilated. But as they checked, I could tell by their faces that they were surprised by my progress.

They announced that I was closer to 5-6 cm dilated and 80% effaced!

I was already halfway and I wasn’t nearly as miserable as I thought I would be at that point. They suggested I get adjusted and walk some stairs and in an hour they would check me again. If I was still progressing, we would get to stay and have our baby! 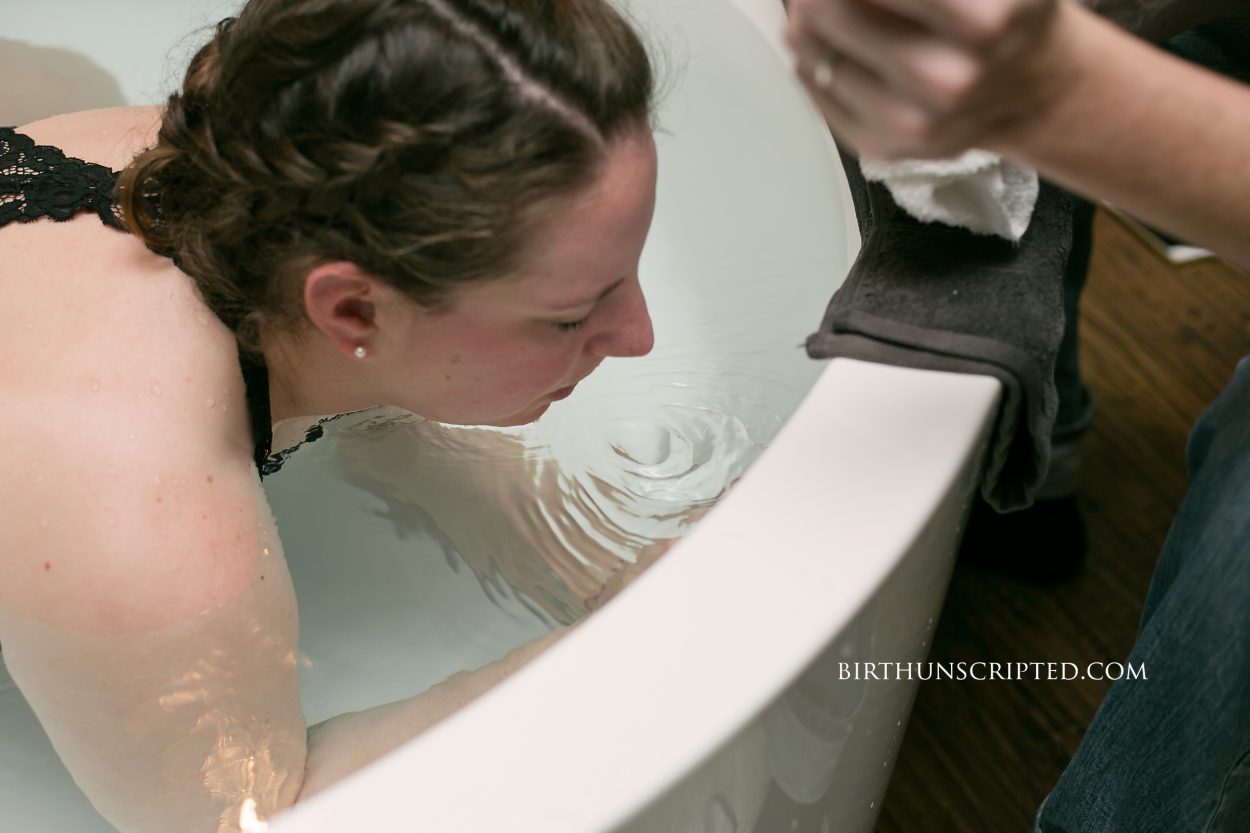 Rachel adjusted me and helped me climb the stairs. I had a few contractions on the bed with a peanut ball and they checked me again. I was a 7! We were staying and our baby was well on his way!! My doula Beth arrived and braided my hair as the midwives filled the tub for me to labor in. I transitioned from the tub to the bed to the toilet back to the tub to outside to the bed and time ticked by.

I remember looking at the clock and it is close to 5 pm and again around 9 pm. At that point, I was getting impatient. My water still hadn’t broken and my back was still bothering me, though not nearly as bad as before.

Gina suggested that they break my water to get things moving and warned me that once they did, things would kick into high gear. I was ready and she was right. I began to feel the urge to push in the tub but it was weak and unfamiliar so I had a hard time letting my body take over. I moved back to the toilet, which was miserable, but boy does it get the job done!

I finally felt like things were happening and I announced that I was beginning to feel the burn.

Shortly after that, I moved to the bed and my body totally took over.

With Rob on one side of me, Beth on the other, and the midwives at my feet, I began to push. Rob told me he could see the baby and I reached down to feel a head full of hair. 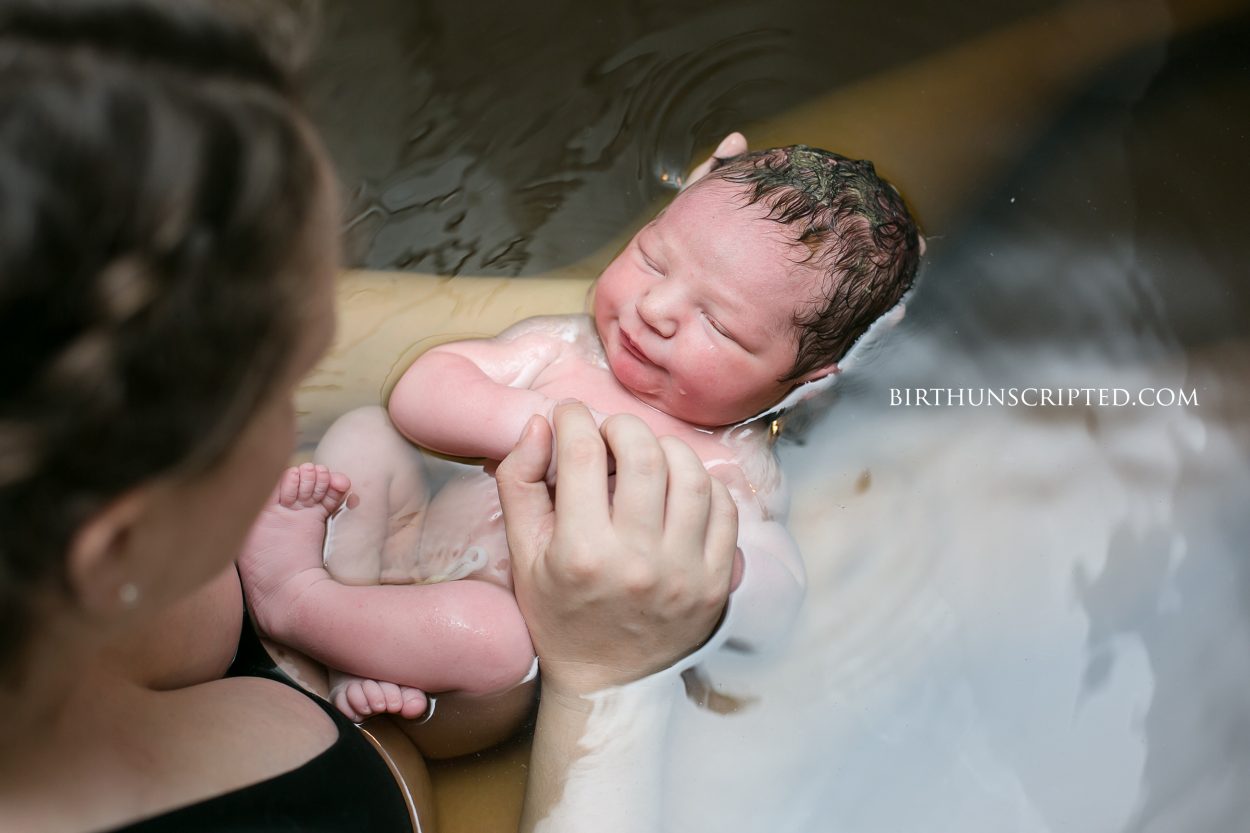 A couple pushes later and the midwives told Rob to get ready to catch his son. At 10:50 pm, Rob reached down and grabbed him and pulled him onto my chest. I looked over at Rob, who was crying, and I’ll never forget the feeling of relief and joy that Curtis was finally in my arms. Then we realized the little stinker had pooped on me!

He stayed on my chest for over an hour. He latched right onto my breast and began eating. Then Rob held his son for the first time while I cleaned up and got ready for our herbal bath. During the bath, Rob cut the umbilical cord and updated our parents that their grandson had made his arrival. After our bath, we got his vitals and measurements: 20.5 inches long and 8 pounds 10 ounces (after two poops). He was perfect!

We headed home around 2:30 am and crashed into bed by 3:00. It was the best labor and delivery I could have imagined. I had moments of doubt my entire pregnancy about whether or not I could pull off a natural birth without any pain medication. I’m still in shock that I did it, but I did! I had the most amazing team around me and Curtis and l are both strong and healthy because of them.

A special thanks to Birth Unscripted for the use of their photography.